Last weekend I was invited to a beautiful retreat wedding in the woods of Northern Minnesota.  It was the wedding of two people who I have grown to know and love over the last year.

I was invited to lead meditation and breathwork as well as a blessing at the ceremony during the 3 day retreat weekend.

What I didn’t know before this trip is that the beautiful land where this ceremony was located is next to sacred burial mounds. These mounds were excavated of their contents a century ago.

As soon as I arrived on this land I could feel “Big Energy” present there.  The first night, as I drifted to sleep, I was certain I would be contacted. The air was buzzing with the presence of the ancestors all around me.

I didn’t get much sleep that night.  As suspected, my dreamtime was full of contact with beings who inhabited the land. Many were stuck there, trapped in a vortex, some were distressed and others were angry.

When this happens, I have some boundaries that I have implemented so that I can maintain my energy and not get overwhelmed.  In the wee hours of the morning I asked for a representative of the group to visit me upon my waking and I promised to listen and assist to the best of my ability at that time. After that I was able to get a bit of sleep.

In the morning, as promised, I woke up, grabbed my journal and a pen, and sat in meditation to make contact with the representative. I was struck by such a deep sadness as I was met by three grandmothers, the abuelas, matriarchs who represented three tribes of ancestors present on that land.

They wept, and a river of sadness poured through me.  For a while I just sat weeping, allowing my body to feel and release the waves of stuck emotional energy that these ancestors had been marinating in for hundreds or possibly thousands of years.

“Sadness for the rape
All of the misconduct
The stripping of sacred
The ignorance of Honor
And lack of respect
The grandmothers weep, our hearts ache.
We request a restoration of what was taken.
Trapped here for so long
Many souls desire release,
Release from this trap in time.

Open a portal for their release.”

I was already scheduled to lead a group guided meditation and breathwork later that morning.  The grandmothers showed me that I was to guide the entire group to sit in circle, each participant calling forth their inner shaman, and together we would open a portal to release the stuck energies, allowing the light to pierce the blanket of darkness that had held the ancestors hostage for so long.

We did exactly that!  The vortex opened, the stuck energy was released, and we saw rainbows as the light shined on the land, a new wave of ascended energy flooded the mounds, and the grandmothers danced with liberation and joy.

The wedding took place outdoors within the vortex of the mounds the next day and it was the most beautiful ceremony in every way.

What became clear to me after this experience is that the earth holds trapped energy just like your body does.  The earth IS your body.  In Ascension Training you learn to release stuck and stagnant energy from your body, and now I know that more people must help in releasing energies from the earth to assist in the massive upgrade that is happening now.

This is why I have decided to integrate Galactic Shamanism into the current Ascension Training course that I offer.  Eventually this will be a separate course, but this time it will be included.

I am currently enrolling for Ascension Training October 2020, the next session begins the week of October 22nd. This powerful and comprehensive course is built on 30 years of my personal shamanic experience.

If you are ready to:
Release old patterns and ways of thinking
Feel liberated in your body
Improve your relationships
Become more connected to the Divine
Channel your highest self
Contact your galactic guides
and assist the Earth and all her inhabitants in moving into 5D+ New Earth consciousness…

Book a call and see if Ascension Training is right for you!
I’m opening up my calendar for you if you are committed to your spiritual growth, if you are ready to get to work and make massive changes in your life and on the planet, and if you are ready to grow and expand with a group of like-minded light workers with personal guidance from me and my team.

The time is NOW…what are you waiting for?

Book a call here, do it now, the schedule will fill quickly and there are only 11 spots left in the next round!

P.S. Here is a picture of the circle in Minnesota, just after meditation and breathwork 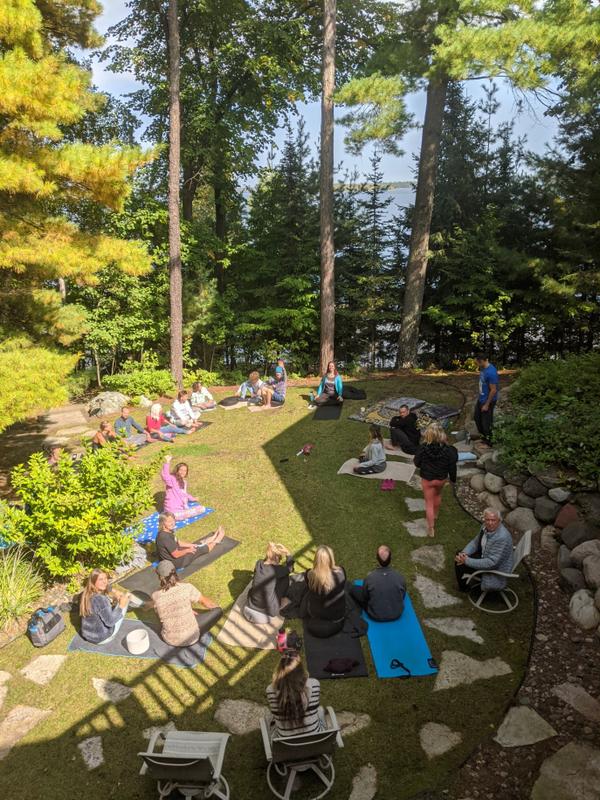